LOS ANGELES – City National Bank today announced that after 23 years as Chairman and CEO, Russell Goldsmith will be succeeded as the company’s CEO by Kelly Coffey and that Goldsmith will continue to serve as its Chairman. 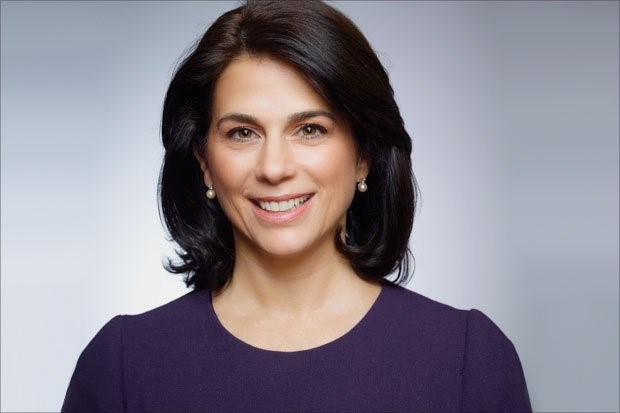 Coffey is now the chief executive officer of JPMorgan’s U.S. Private Bank, one of the largest private wealth management businesses in the nation. Coffey has led the business since 2015, and she is responsible for a team of 3,000 people in 34 communities across the United States.

During a 30-year career at JPMorgan and its predecessor, Morgan Guaranty, Coffey has held a series of leadership positions in corporate finance and mergers and acquisitions, equity markets, investment banking and private banking.

Coffey will be City National’s fourth CEO in its 65-year history. She will begin on February 1, 2019. In addition to becoming a member of its Board of Directors, she will chair both the bank’s strategy and planning committee and its executive committee. Among those who will report to Coffey are the bank’s president, Chris Warmuth, and its chief financial officer, Chris Carey. Coffey also will join the senior management committee of RBC Wealth Management-U.S. and the business executive committee of RBC’s Intermediate Holding Company in the United States.

“I couldn’t be more proud of my time at JPMorgan or more excited about my future at City National,” Coffey said. “Russell and his team have built an exceptional business, and it has been further enhanced by RBC’s financial strength. I look forward to leading City National as it continues to serve clients and communities around the U.S.”

Goldsmith will continue to play an active leadership role at City National, both as Chairman of its Board of Directors and as a member of the bank’s strategy and planning and executive committees. He will also remain involved with its clients, communities and colleagues.

Goldsmith will transition from his CEO responsibilities after more than 23 years of exceptional leadership at City National. He joined the company’s board of directors in 1978 and was named Chairman and CEO in 1995. Since then, City National has expanded from 16 offices to 72 offices in six states plus the District of Columbia. Its assets have grown from $3 billion to nearly $50 billion. The bank now employs more than 4,800 colleagues and oversees client investment assets of $67 billion. It has been profitable in every quarter for 25 consecutive years.

“Russell has provided City National with exemplary leadership for more than two decades,” said RBC President and CEO Dave McKay. “His plan was always eventually to step back from his day-to-day CEO responsibilities, and I’m pleased that he will remain active with the company. I’m delighted to welcome Kelly, who is an outstanding leader with exceptional experience. I know that she will build on Russell’s incredible legacy as CEO and will be a huge asset as we further strengthen RBC’s and City National’s growth prospects in the United States.”

CIO Galvin on Bloomberg: No Fiscal Support Could Be the Grinch that Steals Christmas