Using our multifactor 4Ps framework, we strongly believe the U.S. is far and away the best country in which to find economic and profit growth, which ultimately drives stock returns.

In summary, using our multifactor 4Ps framework, we strongly believe the U.S. is far and away the best country in which to find economic and profit growth, which ultimately drives stock returns. After reviewing the data and ranking each country versus this cohort, we’ve added together the relative positioning to arrive at a total unweighted score (the lower the score, the better).

We believe investors mistakenly believe that country indices are all the same. This couldn’t be further from the truth. Equity Indices in the U.S. are dominated by high-intellectual property industries such as technology and health care—industries with above average growth rates and profitability. Technology and health care comprise approximately 40% of the S&P 500. The U.S. has the best companies in these sectors, especially in technology. European and Japan indices are dominated by financial, industrial, energy and materials-related companies, which comprise approximately 40% of the indices. These industries need above-trend growth in economic activity and inflation to do better. In other words, the U.S. is more secular in its growth profile, while Europe and Japan are more cyclical.

Investors also mistakenly believe that non-U.S. DM is a good diversifier. As the chart below shows, there is a high correlation of returns over the last 15 years. Over the last 25 years, our analysis of rolling three- and five-year returns (in U.S. dollar terms) shows that the U.S. has a 65% win rate over Germany and 81% compared to Japan. So, for approximately 75% of the time, the U.S. is outperforming these other indices. In addition, the correlations are such that an investor gets more downside risk than upside participation. Lastly, since 1990 Europe has had 14 bear markets compared to six in the U.S. 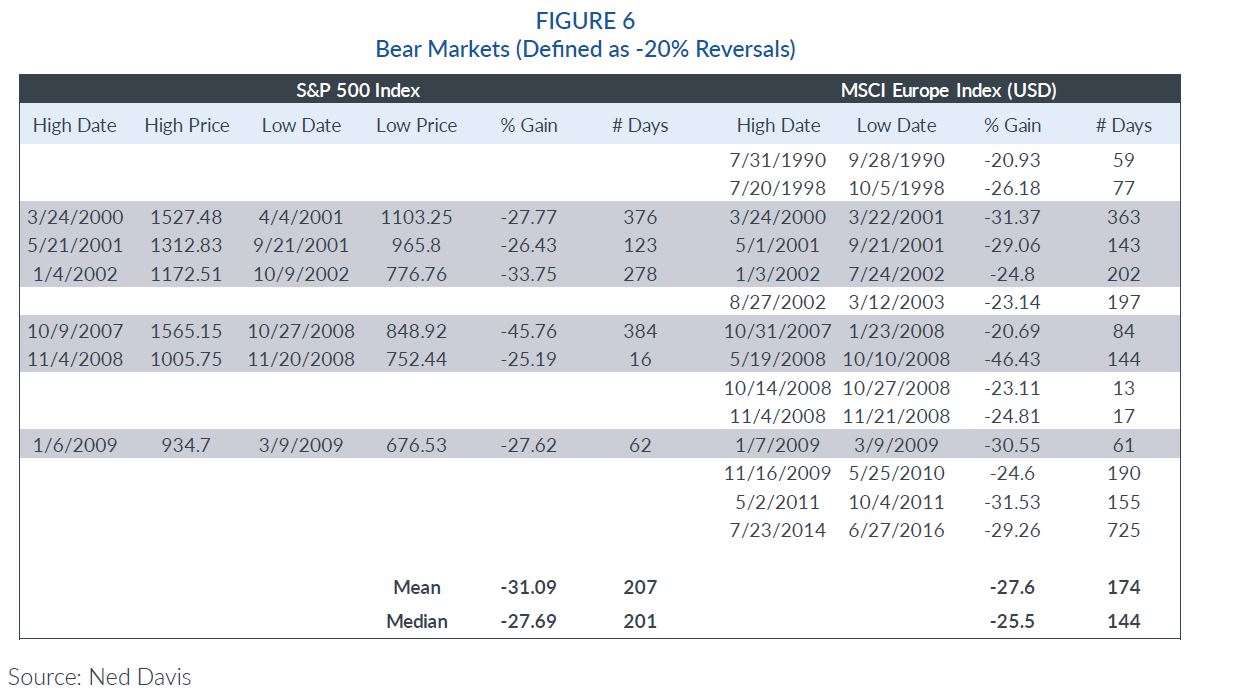 We remain overweight U.S. equities and underweight other developed markets. We believe the U.S. will be able to maintain the numerous structural advantages it has versus other developed markets as it relates to Policy, Population and Productivity, Potential for Innovation and Profitability. Nevertheless, we remain vigilant and watchful for potential meaningful shifts in our 4Ps rankings and in relative economic growth opportunities.

Using our multifactor 4Ps framework, we strongly believe the U.S. is far and away the best country in which to find economic and profit growth, which ultimately drives stock returns.